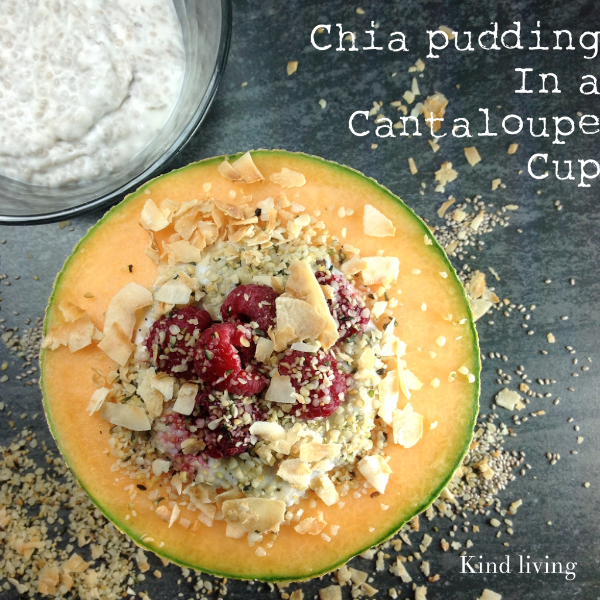 Like most recipes I create or alter, it’s a combination of what I have on hand and what I have a hankering for. My son Ben has madly been creating in the kitchen lately, and we had half a can of full fat coconut milk left over. We also received a nice box of fresh organic produce that included a beautiful cantaloupe. I thought it would be fun to make some chia pudding and use the cantaloupe as a cup.

Chia pudding is so very easy to make and is just loaded with plant-based protein and omega-3 fats. Since I only had about a cup of coconut milk, I added 3 tablespoons of chia seeds, 1 tablespoon of maple syrup, and 1 teaspoon of vanilla. This would need at least 20 minutes to set – the longer the better. We dug in to this about 5 hours later, and the pudding was perfect. I also dressed it up a bit with toasted coconut flakes, hemp seeds, more chia and some raspberries. It was satisfying and delicious and would make a great breakfast or dessert.

Chia Pudding in a Cantaloupe Cup